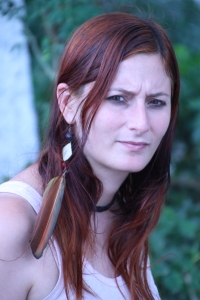 Tamara Pearson is a writer, journalist, activist, and teacher living in Mexico. She is currently working as a freelance journalist, finishing her second novel, and working with Central American migrants and refugees, as well as other activism.

She has been a journalist for 20 years, working as an editor for an international media agency headquartered in Ecuador, from Venezuela as an on the ground reporter and respected analyst, and prior to that, writing for Green Left Weekly from Australia. She has also written for a range of other media in English and Spanish from Bolivia, Pakistan, Zimbabwe, and more. She campaigned for refugee rights and against the war on Iraq in Australia, and was involved in community organising in Venezuela. She also worked at an alternative school there, promoting creativity and imagination as a tools of expression and empowerment.

Pearson is passionate about the need for including excluded voices in the media and in publishing. She promotes writing that is liberating, resists injustice, and tells the stories of the oppressed with integrity, creativity, and thorough research. This blog is part of that.

“We are what we do, especially what we do to change what we are. A literature born in the process of crisis and change, and deeply immersed in the risks and events of its time can indeed help to create the symbols of the new reality, and perhaps, if talent and courage are not lacking, throw light on the signs along the road,” – Eduardo Galeano

“Any progressive social change must be imagined first … Any oppressive social condition, before it can be changed, must be named and condemned in words that persuade by stirring the emotions, awakening the senses. Thus the need for political imagination – articulating an artistry of dissent,”- Martin Espada

“If we float, we are carried by the current, we end up in the land of irrelevance, oblivion. Writing the truth is a privilege worth inconvenience and hardship,” – Andre, a writer/journalist friend.

I write to say the things that I think need saying – the whispered, ignored, untold, misunderstood things. I write to order the chaos and make sense of a complex world and complex problems. I write stories to point out the gross injustices and hypocrisies, as well as the hidden beauty. And I write because life is hard and knowing that that beauty – the unseen kindness  – can one day defeat the ugliness –the rich warmongers, dedicated destroyers, greedy creators of garbage, abusers- and create a new, more humane world, keeps me going. I hope it can help others to keep going too.

Oct 2015, on publishing a novel: This is my story over the last year or so, but I don’t think it’s just my story. I don’t think I’m the only one who walks to work wondering how to be a decent human being in an indecent world, how to be useful and kind among the massified production of destruction, of mind numbing publicity and education, on the planet of shopping malls and institutionalised, mass hunger, in a world controlled by wealthy elites.

Sometimes I feel down about all that and I can’t quite think, can’t quite remember how to be me, how to be gentle, how to create, how to fight for justice.  It can seem pointless.

Sometimes  I feel all worried torn and dream gutted, my book heart barely beating. The days when I lived hour by hour, each day creative, are far away and I am trying to conjure up hope rags out of my imagination, my smile dangling awkwardly from a coat hanger I carry around. Its ok, it will be ok, I’m ok thanks, ok ok until the repeated cliché loses its air and is an automated reply to keep from dragging friends down into the giant hole we in fact all share.

And I lie awake to the sound of too many cars and the sound of asphalt world, and wonder how to be decent in this system of buying, this system of hatred, of disrespect for anyone who hasn’t the money.  And I live the news, glad to not be blind, but witnessing every day so many silent deaths because they are reported but not really understood.

And I think of the Palestinian painters and the Kurdish fighters and the Nauru refugees who the world abused so badly that some of them chose not to be anymore. But some of them fight on and it seems to me that rolling lazily through life when that is going on is the biggest wrong.

In this world, staying alive, really alive, may be an act of rebellion. Being nice, refusing to be broken, to be tamed, is rebellion. Managing to imagine a beautiful world despite the streets of rubbish is my way of chipping into the possibility that things don’t have to be like this.

So I spent ten years writing a novel. And because I’d been taught (like most of us have) that I’d best shut up, I wrote it hard, raw, upfront, redefining the ideas I thought were repressing us. Its out now.

Interviewed or written about:

We Don’t Have Borders: Tamara Pearson Interviewed by Michael Albert

GreenLeft TV: Eyewitness from Venezuela: the people will become Chavez

GCAS Interventions: Clashes in the Streets of Venezuela (Video conference)