Article / Injustice / Politics / Writing
These days, people generally expect to go online and get news and analysis for free. Hell, a lot of us even expect to get movies, music, and books for free. Perhaps it’s a materialistic mindset that sees people paying for beer or expensive lunches or new shoes without an argument, while refusing to do so for digital content.
Yet the things we read – the news, history, stories – play a massive role in determining how we think, what we remember collectively, what we value, what wars we stand up against and what we are silent on. And there are many writers, journalists, and other artists (rappers, poets, musicians, comic drawers etc) who put a lot of unpaid labour into trying to take our collective mindset into a healthy place: into countering racism, discouraging apathy, emphasising injustice, helping us to understand the complicated history that brought us -the world- to this global state of dehumanising disaster, so that we can then do something about it. Most writers and journalists (the vast majority that aren’t famous and that aren’t paid, or paid much) take on their own training and learning process and do their own promotion to get the word out.
And of course, most of us who are struggling to encourage critical thinking, reflection, and social change, tend to be those already excluded, in various ways, from mainstream glory and wealth. We work hard, because we think it’s important to, with no or little recognition, no or little pay, no security, no workers’ rights, no workplace or union support.  Here’s an example – a novelist who is also a full time parent. At nights when the kids are in bed, she works on her novel. It takes 6 years to write, and she self publishes it, since no traditional publishers are even considering anyone who isn’t extremely famous yet, and especially not women and other oppressed groups. The few dollars she brings in barely cover the ISBN registration fee, let alone hiring an editor or paying for a cover design. Her 6 years of work go unpaid. But few people are willing to recognise the value, hard work, and extreme exploitation that writers and freelance journalists face. Most of us aren’t academics with any sort of reliable other income, and the romantisation of the struggling artist doesn’t help us, or society’s cultural wealth. We need to seriously ask why it is that parents, home carers (usually family of a sick or disabled person), writers, freelance journalists, musicians, and more are expected to work for free, while politicians, marketing executives, chefs, and others are not. 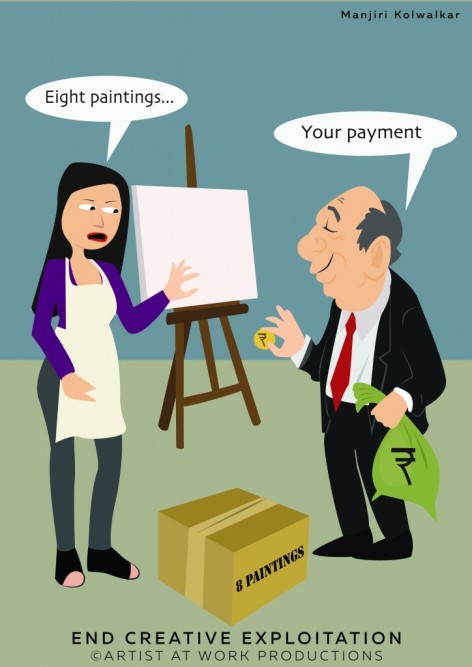