Lately, many of us have come to see read and share numbers as an efficient way to quantify a hierarchy of writers, journalists, opinions, artists, video producers and so on.

We’ve adopted the market mentality that more article and post reads means more consumption, which is a good thing, no matter what. Validation is numerical, writers are brands, and audience size is an indication of the value and beauty of the writer’s mind.

But reads don’t gauge quality. And popularity and virality don’t necessarily indicate journalistic integrity, thorough research, strong ethics, or creativity. Even less so when the trend is to share without reading, and to read without going beyond the headline and first paragraph.

In fact, viral content is often, but not always, of the lowest quality: people opening Christmas presents to find puppies, clickbait headlines that exploit emotion (abusing it, to the point where words like “priceless” now seem meaningless), a romantic gesture caught on video that obfuscates the actual complex journey of a relationship.

Reads are actually a tool for marketers, not journalists and writers. They mean eyeball numbers on ads or click conversion income. But in a content-saturated (as in, disguised marketing) Internet, creatives are forced to compete with the marketing world and news competes with content blogs.

Its a problem if the vision of high reads is causing you to avoid authenticity and complexity, to dumb-down context, to sensationalise pain, exaggerate a headlines.

Beautiful minds are rebellious, critical, imaginative, and concerned – and therefore, not always popular.

No reads no impact

Of course, you can’t change the world if nobody’s listening. But you also can’t change it if you’re talking through click filters. Be creative, artful, and have integrity all at once. In the end, for a loyal readership that reads or watches all the way to the end, quality does matter.

The read numbers also don’t tell you anything about who is reading. They aren’t divided up into the trolls who read an article for a laugh, spluttering naivety all over the comment section. They aren’t divided up into people who read the article to feel validation for something they already believe, and those who have learned something and grown as a result of reading.

The meaning of popularity in an unequal world

In a world where, say, men’s soccer is popular, what does it mean for an article about women’s squash to gets less reads? More importantly, what does it mean for society if everyone writes about men’s soccer in order to get reads, ignoring what is less popular? Consider that instead of talking about soccer,we’re talking about global inequalities. About a world brought up to believe that rich white men are more worth listening to (because they are the only political actors, writers, and artists that we are taught about) and the US is the only country that is interesting. If we continue to focus so obsessively on reads, we’ll only hear the “popular” story over and over, from the “popular” people, and not a lot will change.

Of course, even this argument has its complexities. Some oppressed groups make it through – #DAPL for example. But to have a chance against industries with a lot of resources, they need to be organised, and have the support of other organisations.

Finally, there is also a hopeful trend, with readers – overwhelmed and saturated with crap – rejecting fake content, and drawn to real narratives and serious journalism.

Nevertheless, the point remains that read numbers aren’t a gauge of worth. That is not an equation that works in this commercialised world. 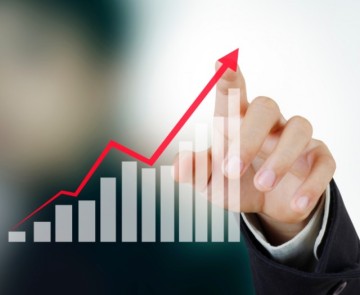